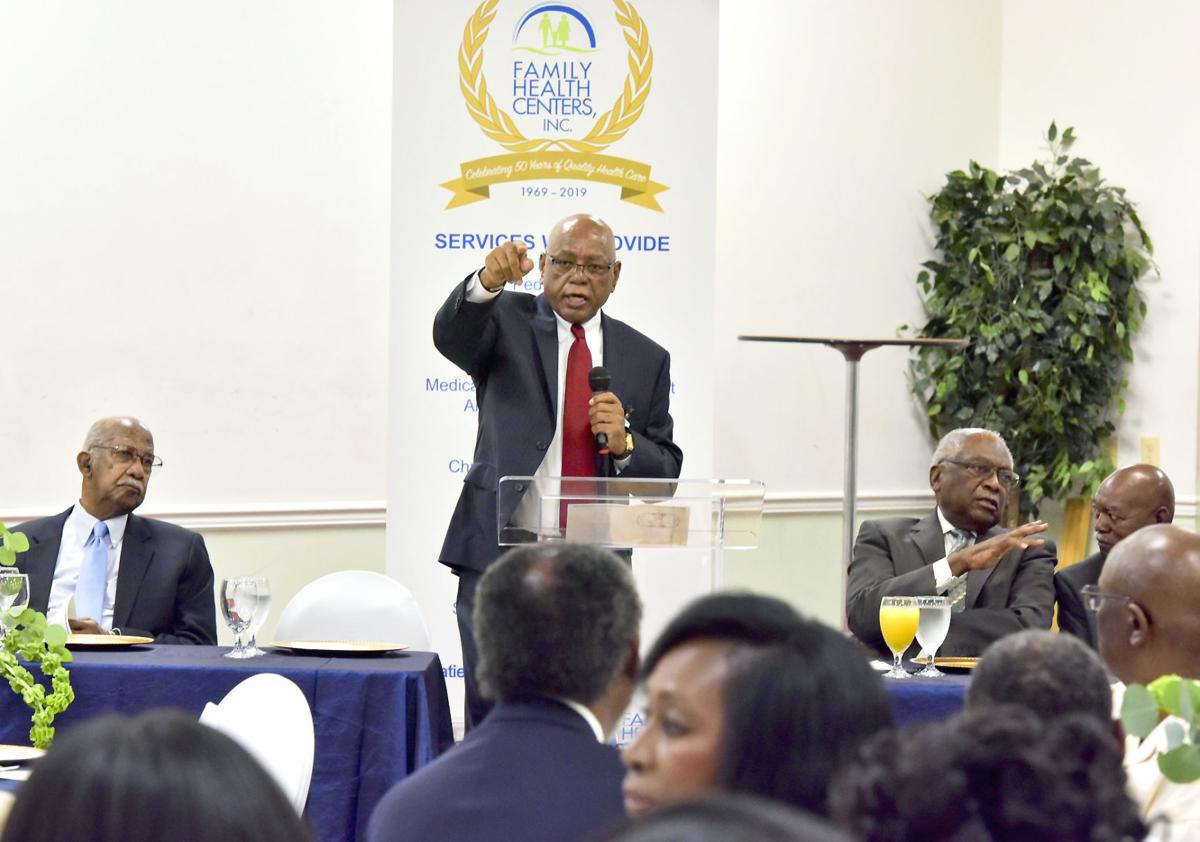 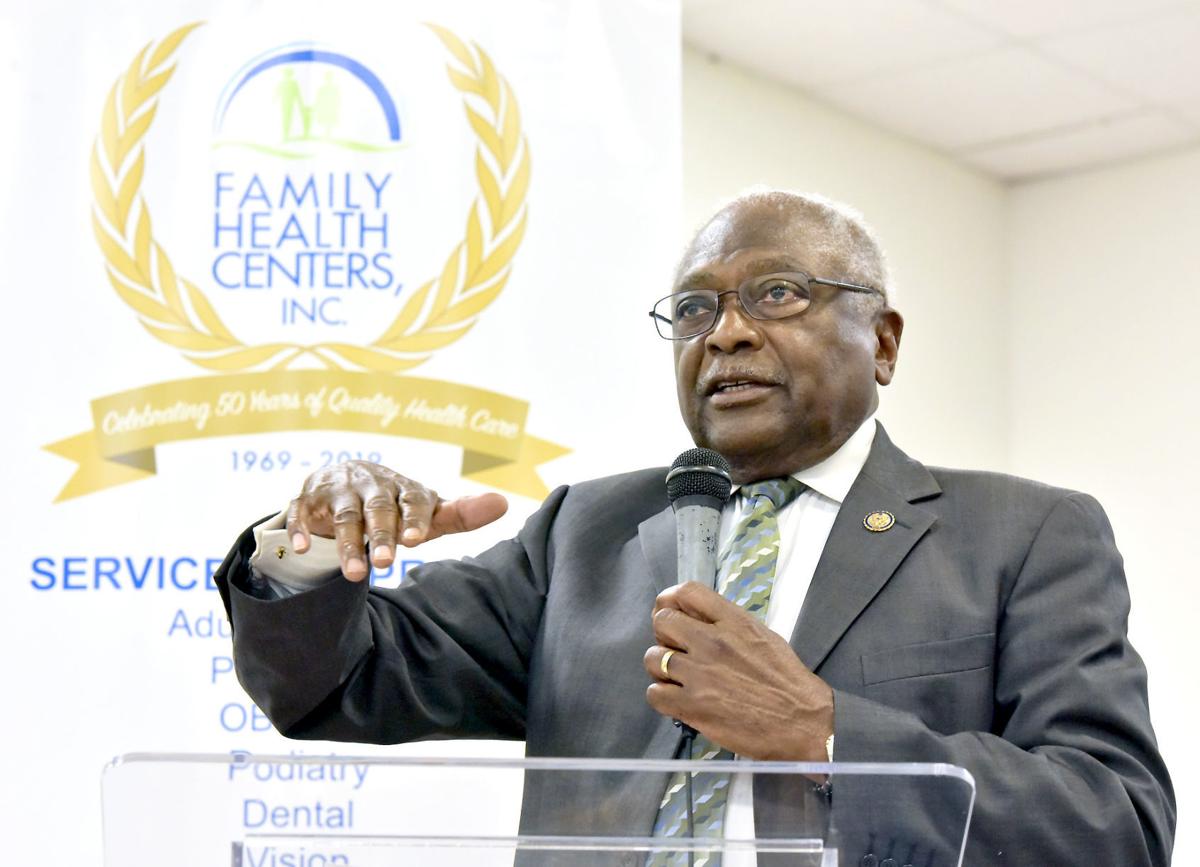 "Find ways that you can help communities beyond what's been the traditional thing to do. If we don't, we are going to pass on to the next generation a little less education, a little less health care, a little less wealth and a little less sense of community," he said.

The congressman spoke during the Family Health Centers Inc. legislative breakfast held Tuesday morning at the Garden Room in Orangeburg.

Clyburn said community health centers are among the programs born out of the Great Society, a set of domestic programs that then-President Lyndon B. Johnson launched in the U.S. with the goal of eliminating, among other things, poverty.

"The Great Society program, according to a lot of people you see and hear today, was a great failure. Well, let me tell you something: Community health centers were born as a part of the Great Society program back in 1965 and not only have they succeeded, but they have succeeded beyond expectations. They are an integral part of why it works," Clyburn said.

He said Medicare, Medicaid and the Voting Rights Act were among the other Great Society programs that are still "existing and exceeding far beyond expectations."

He said community health centers would be nothing without the communities they serve.

"When those programs were created in 1965, they stipulated that you can't just have the health care or the education. … You've got to involve the people that you're there to serve," Clyburn said.

He touted the importance of participating in the U.S. Census, which will be conducted in 2020. Census information determines where a lot of federal dollars go.

In making his point, he referenced his 10-20-30 program which is designed to get at least 10 percent of Rural Development investments to communities where 20 percent or more of the population has lived below the poverty line for the last 30 years.

"And then we got to the Affordable Care Act. We did all that under the Recovery Reinvestment Act; $300 million went to community health centers to help them upgrade. We targeted those communities" that fell under the 10-20-30 program criteria, he said.

"(It was) not going to communities that can write the best grant. I don't have anything against people who write good grants, but I don't want to penalize people who are not equipped to hire big-time grant writers to write the good grants," Clyburn said.

He also issued a challenge for community health centers to not just be health centers, but hubs, for example, for the Internet access which is needed in many rural areas.

Family Health Centers Inc. is part of a nationwide network of health centers that serve more than 28 million Americans, providing care to the medically vulnerable and underserved.

Family Health Centers Inc. began as the Orangeburg County Consumer Health Council, which was founded in September 1969 and was chartered in January 1970.

Some of the people who were a part of the Consumer Health Council were recognized during the breakfast, including Orbia I. Gilmore, whose family members were present at the occasion, and Betty Henderson.

FHC CEO Leon Brunson Sr. said the center's focus continues to be providing affordable and accessible health care, with the FHC already providing free hypertension medication for patients who cannot afford it, along with providing individuals without transportation with free transportation to the site for treatment.

"We want to see people live longer with quality of life greater than what it was. We strive for that every day," he said.

Stay In The Loop With
Our Newsletter