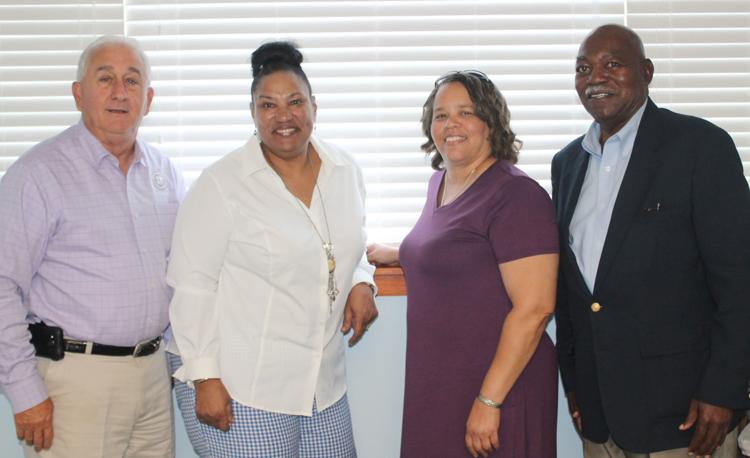 The Family Health Centers Inc. announced the addition of four new members to its board of directors.

Dickson, the director of the Orangeburg County Transit System, also serves as the mayor of the Town of Branchville.

Dickson obtained a bachelor's degree in physical education and coaching from Charleston Southern University in Charleston.

Wagstaff is a registered nurse, nurse leader, ordained ministered and business woman. She is also a distributor and consultant for Melaleuca Wellness Company.

She earned her bachelor of science in nursing from Chapman University, Orange, California. She is a full-time student pursuing an advanced degree in nursing with an emphasis in public health at Grand Canyon University, Phoenix, Arizona. She will be graduating in September 2019.

With more than 30 years in health care, she was the certified gastroenterology nurse director for two large hospitals simultaneously in Los Angeles. She was president of the Southern California Society of Gastroenterology Nurses and Associates.

She is a member of Delta Sigma Theta Sorority Inc. and the American Nurses Association and Society of Gastroenterology nurses.

Rivers is a native of North. She obtained her bachelor of science in elementary education from South Carolina State University and received her master's degree in curriculum and leadership from Lesley University in Cambridge, Massachusetts.

For many years, Rivers has served the community through many outlets. One such capacity is serving 29 years as an educator at Dover Elementary School in North. As an educator, she took on a role as a mentor to children and teachers where she has provided many learning experiences.

Hart has dedicated much of his life advocating for equal justice and inclusion for all, especially those many think of as marginalized. As a recently retired director with the national award-winning S.C. Black Media Group, Hart has worked with a diverse clientele. He still lends a hand with African American media and publications.

Hart received his bachelor of science in business administration with minors in accounting and economics from South Carolina State University.

Hart is active in the community, working with the county and state Democratic Party. He is a member of Kappa Alpha Psi Inc. and a life member of the NAACP.

Stay In The Loop With
Our Newsletter